Giving back to the community is an important goal in Baylor College of Medicine’s Department of Radiology. Recently, department faculty did just that by teaching third and fifth graders at Frost Elementary School all about what it means to be a doctor, specifically a radiologist. 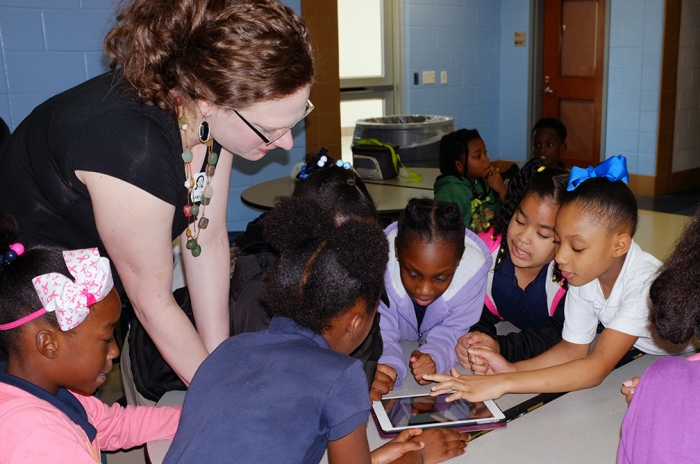 “In the past, when we did outreach to schools, we mostly worked in the West University and Rice area and only with kindergartners,” said Dr. Ketan Shah, a medical resident in the Department of Radiology. “For this program, we decided to reach out to a different part of the community and also work with older kids because we felt that the kindergartners might not have fully understood the material.”

A breakdown of the sessions is as follows:

Station 2: The students learned about anatomy through a program called e-Anatomy, which was loaded onto iPads the team brought with them. Using the e-Anatomy program, the students were able to scroll through imaging techniques like MRIs and CT scans and see how the different anatomy in the body look under the different imaging techniques. For example, the students were able to look at an MRI and see inside of a brain, chest and arm. Also at this station, there were pathology slides that the team brought with them so the students could look inside a microscope and see how the anatomy they looked at on the iPad looked on a microscopic level.

Station 4: At this station, students had the opportunity to learn about and handle different medical tools and equipment. Some of the tools and equipment included stethoscopes, blood pressure machines, reflex hammers, penlights as well as a vascular Doppler and ultrasound.

Station 5: The students reviewed the different organ systems and learned about the purpose of each one. At the end, they had a matching worksheet where they had to match the organ system with its function. 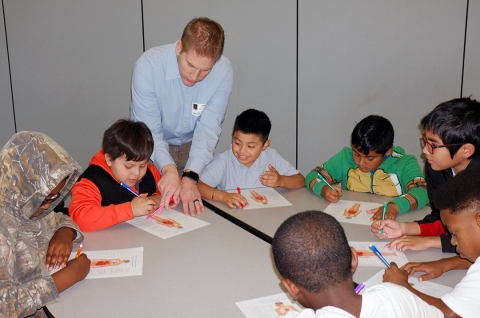 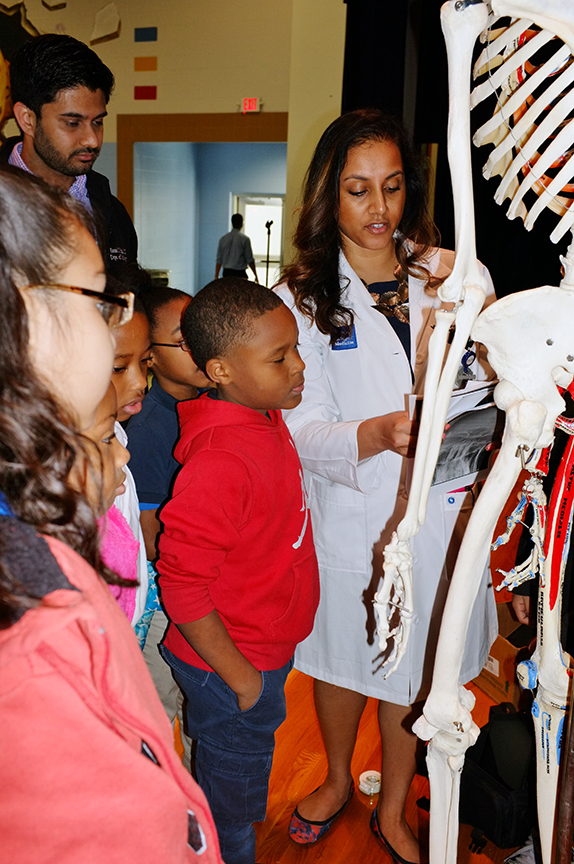 This program is important to Shah and his team because it allows them to have a meaningful impact in the community.

“As physicians we went into radiology, or just medicine in general, to take care of patients and to help people in some way. We get a lot of satisfaction from doing that but we also see ourselves as part of the community,” Shah said. “We want to make a bigger impact on the community, and what better way to do that than to work with kids and try to shape the future somehow.”

As for the future of the program, Shah hopes it continues to expand every year. 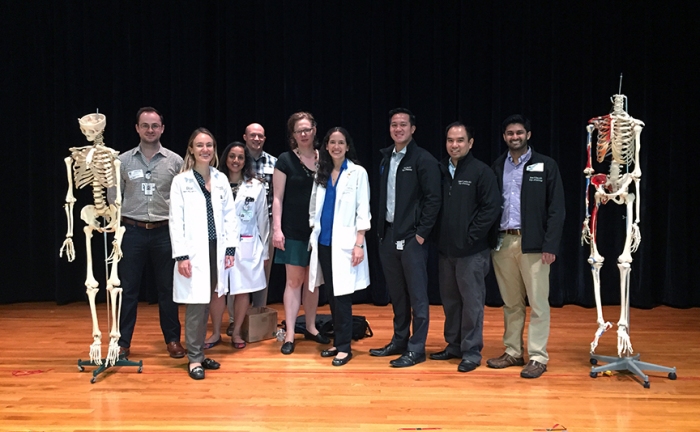 “We would like to continue to host this program but at a number of different schools. We want lots of students to have this experience and hopefully it can inspire them to be more interested in science or math or encourage them to excel in another area that’s important to them. If we can do that, then I think it’s a success.”