When Baylor’s legal team in the General Counsel’s Office offered support to a former faculty member accused of defamation, they weren’t just helping out a former Baylor physician-scientist, they were supporting the research and ideas that faculty create on a daily basis. Dr. Andrew Jea, now a pediatric neurosurgeon at Riley Children’s Health at Indiana University Health, had a lawsuit filed against him by Dr. Chuan-Guo Xiao, a urologist from China, as a result of an editorial Jea wrote while on faculty at Baylor. Baylor felt it was important to support the work of its physicians and scientists – even former ones – and provided legal support.

“We value academic freedom and want our faculty to know we support their efforts to promote scientific integrity in research,” said Dr. Paul Klotman, president, CEO and executive dean of Baylor.

It began in 2016. Jea was a pediatric neurosurgeon at Baylor and Texas Children’s Hospital providing patient care and conducting research. Xiao was a urologist in China known for his procedure, the Xiao procedure, which he claimed improved bladder function in children with myelomeningocele (MM) or lipomyelomeningocele (LMM), both forms of spina bifida. 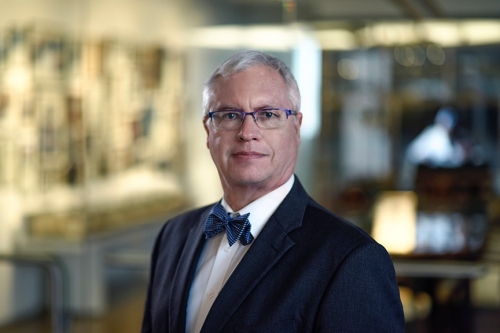 Through the years there have been claims that this procedure did not work as promised; however, it wasn’t until 2016 that a team of researchers at Johns Hopkins All Children’s Hospital in St. Petersburg, Fla., published their results of a double-blind randomized controlled trial of the Xiao procedure, finding that it was ineffective in restoring bladder control. Full study details can be found in the Journal of Neurosurgery: Pediatrics¹.

In that same issue of the journal, Jea authored a companion editorial in which he emphasized the importance of these types of studies, even when the results are negative. In the editorial, Jea discussed the findings and background of the Xiao procedure. Jea’s comments can be found in the Journal of Neurosurgery: Pediatrics².  Citing articles from, among other sources, the prestigious journal Nature, Jea walked through the history of Xiao and the Xiao procedure, including the fact that Xiao’s advertised results have not been reproduced outside of China and reports of physical clashes between Xiao and critics of his scientific work³.

Xiao hired legal counsel in the U.S. and sent a demand to Jea to retract the editorial. Working with the Houston law firm of Hall Maines Lugrin, Baylor provided legal support to Jea. Based on that advice, Jea decided to refuse Xiao’s demand. Xiao filed suit against Jea in Houston in April 2017, and Jea promptly moved to dismiss the suit.

In a hearing in federal court in October 2017, Xiao’s attorney argued that Jea supported his article with “fake news.” Addressing whether Nature is “fake news,” Xiao’s attorney claimed that Nature was not a major publication because it “is an online journal.” The judge retorted that “I don’t think Nature is a fake news website. That is quite a leap for me.”

After noting that he saw no evidence that Jea wrote any false statements, and that speech about the efficacy of medical procedures was afforded legal deference as speech regarding a public concern, the judge dismissed Xiao’s claims for defamation.

“This was an interesting case that shows the importance of being able to openly discuss the research of others, whether the results show positive or negative outcomes,” said Bob Corrigan, senior vice president and general counsel for Baylor. “In the big picture, the outcomes of the study and editorials affect patient care and that is what we are supporting – the work of Baylor faculty to continue making discoveries and improving patient care.”

“It was a privilege to stand with Baylor and defend the right of its faculty to frankly discuss the benefits and shortcomings of developing medical research,” added Jeff Bentch, one of the attorneys representing Jea. “We are encouraged that the court agreed with Baylor that litigiousness should not stifle the free-flow of scientific discourse.”