A program of Baylor College of Medicine International Pediatric AIDS Initiative (BIPAI), Texas Children’s Hospital and Chevron to improve health outcomes in a remote region of Colombia recently was recognized for its impact in the South American country. 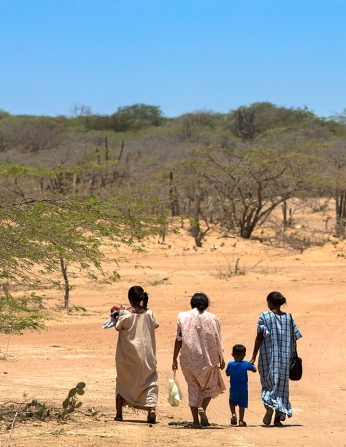 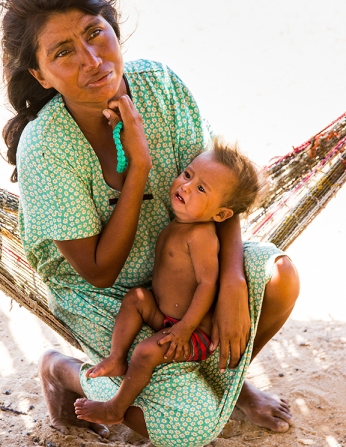 SAIL has the main objective to help reduce malnutrition and maternal mortality on the indigenous population. ( Photo by Smiley N. Pool / © 2015 ) 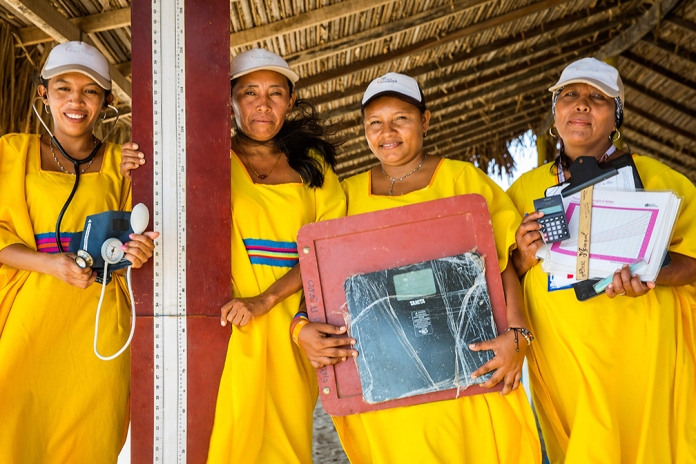 Launched in January 2014, the initiative is based in La Guajira, one of the Colombia’s most impoverished states with a large indigenous community and high child and maternal mortality rates. Called SAIL (Salud y Autosuficiencia Indígenas en La Guajira), the program is a public-private partnership of Chevron, the central and departmental governments of Colombia, the state of La Guajira, and the Baylor College of Medicine Children’s Foundation-Colombia, an affiliate non-government organization of BIPAI. Currently, it is BIPAI’s only program in South America.

The SAIL program received a National Nutrition Award from the Exito Foundation, the charitable arm of Exito, Colombia’s largest retailer, in the category of Promoción Nutrición Materno Infantil – 1,000 days (advancing maternal-child nutrition in the first 1,000 days from conception). The award was presented at a ceremony Sept. 7 in Bogota, Colombia.

“The early success of our program in Colombia is a reflection of BIPAI’s commitment to public-private partnership. We view ourselves as an extension of government’s public health programs. We aim to be complementary and never in conflict or competition with the good work others are doing,” said Dr. Mark Kline, chair and professor of pediatrics at Baylor College of Medicine and physician-in-chief at Texas Children’s Hospital.

“SAIL is a strategic initiative that enables comprehensive, locally driven health solutions for the indigenous community. The program is being implemented in a very challenging environment, but we are witnessing impressive results,” said Ali Moshiri, president of Chevron Africa and Latin America Exploration and Production Co. “The National Nutrition Award is a recognition of this effort, but the real award is the potential and the opportunities for mothers and children.” 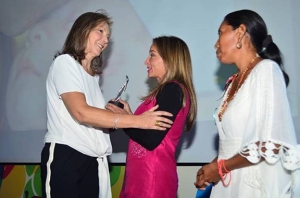 “It’s a crowning achievement for our program to be honored in the area of nutrition, because very early on we recognized that in order to improve health in the region, we had to do something about the issue of malnutrition,” said Dr. James Thomas, professor of pediatrics at Baylor who leads the program for BIPAI. “There is a staggering amount of malnutrition in La Guajira.”

Forty percent of children have some form of malnutrition, Thomas said. It is one of the primary contributing factors to the high rate of mortality in children under age 5. Under 5 mortality and maternal mortality are two to four times higher in La Guajira than the national average, he said.

For the program to reach its goal of decreasing these high rates of child and maternal morbidity and mortality rates, Thomas and his colleagues knew they would have to take a different approach than the traditional Center of Excellence-based healthcare that has proven successful in BIPAI programs in sub-Saharan Africa. La Guajira is a desert region in northern Colombia, where its indigenous people, the Wayuu, live in remote settlements of open-air huts. They are a nomadic people, and their settlements are not easily accessible to one another or to the larger towns and cities in La Guajira where healthcare facilities are located.

A mobile healthcare platform was the best solution. Complemented initially by a BIPAI Global Health Corp pediatrician, a team of Guajirans was assembled, with the most critical members being nine indigenous women who were viewed as community leaders in their matrilineal society and had some healthcare experience. They received additional training focused on the integrated management of childhood illness. The team has expanded and now includes an OB-GYN and general practitioner. Leading the program on the ground in Colombia is executive director Dr. Ana Maria Galvis, who accepted the Exito award from First Lady of Colombia Maria Clemencia de Santos.

The team’s first step was to collect baseline data from the 172 Wayuu communities. This included weighing and measuring children, getting a basic health history and identifying at-risk patients.

In the first year of the program, more than 700 malnourished children were identified and treated by the interdisciplinary team who visited the rural settlements regularly. These efforts were boosted by a partnership with the Exito Foundation, which provides supplementary feeding for the indigenous Wayuu communities in the municipality of Manaure. At-risk families received a monthly food package, including items that are culturally accepted by the Wayuu community, until their malnourishment was reversed and they were no longer considered at risk. The Exito Foundation has placed an emphasis on eliminating malnutrition in Colombia by 2025.

Thomas emphasized the importance of providing treatment for malnutrition and other healthcare in the local community. “We knew that trying to provide treatment in health centers would not be effective,” he said. “It’s an incredible hardship on mothers and children to go to a clinic or hospital, in many cases requiring a four- to five-hour walk and leaving behind other children. Instead, we wanted to focus on identifying people in the early stages of disease in their own community.”

Other elements of the SAIL program include health fairs that have been conducted in numerous Wayuu communities and training sessions for healthcare workers in hospitals in the larger towns, where the main topic covered was identifying and treating malnutrition. The addition of an OB-GYN to the mobile healthcare team who provides check-ups during pregnancy has allowed the program to focus on the reduction of maternal mortality rates. Recent efforts in the area of maternal health also have focused on family planning. Wayuu women often have as many as eight or nine children, contributing to the issue of malnutrition, so family planning can have a direct impact on child health.

“When a mother dies not only is it an absolute tragedy for the family but it is also an unsustainable loss for the community and country. The partnership in Colombia is a very real way to address maternal mortality and morbidity in the region, and addresses key aspects of obstetrics and prenatal care,” said Dr. Michael Belfort, chair and professor of obstetrics and gynecology at Baylor and obstetrician/gynecologist-in-chief at Texas Children’s Pavilion for Women. “We are already seeing tangible evidence of improved maternal care with our ultrasound and other educational programs that allow early diagnosis and treatment of problem pregnancies. It is a great pleasure to be able to help the remarkable team of Colombian physicians and nurses in this amazing project.”

Thomas acknowledged that addressing malnutrition has been a bigger piece of the healthcare puzzle in La Guajira than anticipated. By improving this healthcare concern, the focus can turn to other causes of disease.

More than 3,400 patients have already been directly seen through the program, and more than 300 health professionals have received training. Galvis expects its impact to continue since it was designed to be sustainable thanks to the involvement of the La Guajiran people. “It’s really their program, and this makes sense because it’s for their community,” she said.

Each success of the program is gratifying, Thomas said, but nothing is more gratifying than the opportunity to help the Wayuu people.

“There is a depth of personality in these people,” he said. “They are tapped into a traditional wisdom and belief system that has been there for centuries.”