Dr. Garrett “Rush” Lynch has spent his professional and adult life trying to save and extend lives, often taking on the most difficult cancer cases. He has treated Houston’s elite and its poorest citizens with the same diligence and care. Now he is retiring, much to the regrets and dismay of his patients and colleagues. 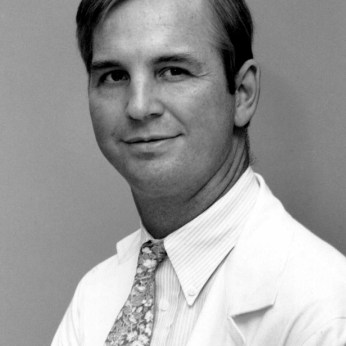 “I think it’s important to retire,” said the 32-year veteran of Baylor College of Medicine. “I have a lifetime of amazing experiences. That is a lot to reflect on. I want to stop and see what it all means. I could keep working, but reflection will allow me to integrate my experiences into my life.”

And besides, he laughs, there are still a million books to read, hours of music to hear and thousands of conversations left for him to experience and enjoy. He plans to travel the world, seeing those sights that he has read about for years. He plans to experience the best of music and theater on and off Broadway, which he knows well from his frequent visits. He has an apartment in Manhattan and plans to spend most of his time there, enjoying the sights and sounds of the city he loves so much.

Lynch began life in Port Arthur, Texas, a small city near the Texas-Louisiana border ringed by the refineries and chemical plants that employed most of its citizenry. Even though he left Port Arthur in his junior year in high school because his father’s job moved to Baton Rouge, La., he maintains contact with friends he made there. David Estes, who lives in Spring, said he and Lynch have been friends “since we were in the crib room at the Methodist Temple. I’ve known him all my life.”

After graduating from high school in Baton Rouge, Lynch attended undergraduate school and ended up taking a biology course for premed majors. That turned his mind toward medicine. In the final analysis, his interest in the humanities and literature fit well with medicine as a career.

“You have to have humanity to deal with patients,” he said. “The humanities are helpful in dealing with your feelings and the grieving. It provides respite from your work and a balance.”

While the humanities provide an excellent background for medicine, which requires working with people, there is another factor that influenced his career choice.

“I am a child of the 60s,” said Lynch. “I was driven to helping society and medicine provided that chance. In my medical school class at Baylor, we had people go into medicine, surgery, pediatrics, obstetrics/gynecology with two ophthalmologists and one dermatologist.”

He went to medical school at Baylor College of Medicine, then newly separated from Baylor University, and completed his specialty training in internal medicine at Boston City Hospital, followed by a fellowship in medical oncology at Memorial Sloan-Kettering Cancer Center in New York. After a stint as an assistant professor on the faculty of Boston University School of Medicine, he returned to Houston in 1981 to join the Baylor College of Medicine faculty. He has been there ever since. He is a Distinguished Professor of Medicine and holds the Dan L. Duncan Chair in Medical Oncology.

On his return to Houston, he found a dynamic and growing medical center that was making great strides in his field and others. It also placed him closer to family in Baton Rouge. In Houston, he could find role models and be involved in building an academic enterprise. He became part of the school’s curriculum committee and worked in a variety of educational activities.

Oncology drew him the same way that internal medicine did – he could care for the whole patient.

In a way, it was his early experience as a medical student that led him into oncology, the study and treatment of cancer.

“(Drs.) Montague Lane and Frank Smith played major roles in my decision to go into oncology,” he said. In fact, he said, all chairmen of the Baylor department of medicine were inspirational and supportive of him and his career. Dr. Kent Osborne, director of the Dan L. Duncan Cancer Center at Baylor has been helpful and supportive, said Lynch. “He truly brought the cancer program at Baylor up to a very high level.”

Dr. Frank Kretzer was a role model as a dedicated and enthusiastic teacher of the highest order, he said. “(Dr.) Rebecca Kirkland (a now retired Baylor pediatric endocrinologist) and (Dr.) Claire Huggins (a well-known educator at Baylor) gave me the opportunity to serve on the Curriculum Committee and to serve as co-director and creator of the former Mechanisms and Management of Disease course, the highlight of my teaching career.”

Oncology itself gave him the chance to be on the cutting edge of medicine and offered an understanding of human biology.

“I knew that the scientific advances would be great,” he said. He has seen oncology care transition from only chemotherapy to therapy that targets specific factors in the genome of a particular cancer. Science has made a big difference in the way people receive care in oncology. Even those he cannot cure benefit from advances in treatment that extend lives with quality.

The Texas Medical Center and the hospitals affiliated with Baylor gave him a broad view of the issues involved in the practice of medicine. In fact, he said, TMC is a model for the way medicine will be practiced in the future. He sees an end to singleton medical practices and anticipates that academic medical centers that provide care to the whole patient will be the future. Understanding who those patients are, their values and their expectations is an important part of care, he said.

“We have patients of all socioeconomic levels,” he said. “People who trained here are aware of all the economic issues physicians and patients face.”

Baylor gave him a chance to teach, passing the torch that had been handed him by his own mentors. “I always wanted to be a teacher,” he said.

He has won all the major teaching awards at Baylor, and he enjoyed watching his students face the myriad challenges of providing care – from spinal taps to chemotherapy to emergency surgery. In 2007, he received the Ben and Margaret Love Foundation Bobby Alford Award for Academic Clinical Professionalism, an accolade his students and colleagues said he richly deserved.

“He inspired and motivated me,” said Dr. Ricardo Nuila, assistant professor of medicine at Baylor. “Everyone said he was an excellent teacher, but suddenly – Wow!—I was learning about medicine for the first time.”

Lynch is dogged about patient care, and he encourages his students to be present at clinic and during rounds. Yet he encouraged Nuila, who is a fine writer, to make time for a seminar in literature, the arts and humanities at a nearby university.

“He is ahead of his time,” Nuila said. “He thinks about the importance of what he does. As a resident, I saw how his patients trusted and loved him, and a lot of that had to do with his interests outside of medicine.. Nuila now teaches a course on literature and medicine in the Medicine and Society program at the University of Houston. Lynch’s retirement is bittersweet to Nuila, but he hopes he can entice him to lecture to his classes a couple of times a year.

“I held him in complete awe,” she said. “It seemed to me that he knew everything about medicine. For most people, the longer you know them, the more you recognize their clay feet – but that is not true with Rush. The longer I know him, the more awesome he sees. He really does know all there is about medicine.

“For as long as I can remember, the answer to any difficult question about oncology or almost any other field was ‘let’s ask Rush.’ I just cannot imagine what we will do when he is not here. I guess he will have to change his email and cell phone numbers if he really wants to retire.

“On a personal basis, Rush also knows all there is to know about Broadway, movies, books and good restaurants and just like his medical knowledge, he shares this with everyone. I suspect a good many Houston restaurants owe Rush a debt of gratitude for his word-of-mouth publicity. My best hope is that Rush rapidly tires of retirement and comes back quickly.”

Estes laughs recalling the time that two of his children had gone to New York City to see a play, and there was a strike that darkened Broadway. His son Randy immediately called Lynch, who suggested a couple of off-Broadways productions not affected by the strike and some exhibitions.

When Estes’ daughter was in high school, she had an interest in medicine. “Rush said you need to come into Houston and go on rounds with me. He took her with him. With the patients’ permission, he told her about what each had, how they would look and what she would see. It was literally one of those formative moments,” said Estes.

Friendship is another hallmark of Rush’s life. He gathers them around in a coterie he holds in great regard, as he would a family. Evenings with him are like a “salon” held by the literati of old, with discussions of books, film, theater and the world around him. He remembers people – even those from 60 years ago. Once David and Marilyn Estes traveled with him to Port Arthur. The Methodist Temple was having a bazaar, and the three of them went to it after visiting Marilyn’s aunt.

“I’d had been back a few times,” said Estes. “You would think I would know a few people, but it was like old home week to him. He remembered all those people.”

For patients, there is nothing more reassuring to look up from a hospital bed and see this tall, blonde doctor looking down, often with a smile on his face and words of encouragement. His examinations are thorough, but his humanity comes through. He not only knows the disease, but he knows their families, their interests and what drives them. That helps him advise them about their care.

Retirement will not change Lynch’s concern with humanity, but his experiences need to be understood and he deserves to make new experiences that will enrich his life. If anything, his long battles with cancer and death have taught him that life is to be lived.